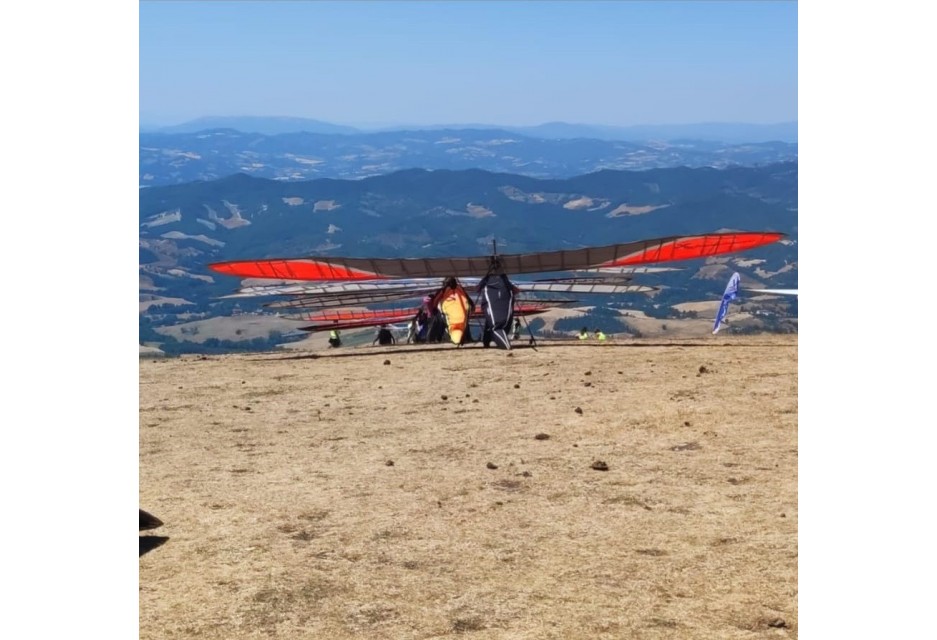 As president of the Valcomino Free Flight Club I am proud to announce that the Italian Hang Gliding Championship will be held at our flight site in San Donato Val Comino from 23 to 25 September, a top-level sporting competition that will see the participation of the best pilots. Italians and the world and, among these, also some of our partners, in particular the multiple champion Marco Laurenzi. Francesco Marsella, on the other hand, will not be able to participate due to the injury to his left arm during the European Championship held in July in Monte Cucco, in Umbria: we are waiting for him next year.

It was a considerable effort for our Club to organize a competition of this magnitude and for this I want to personally thank all those members who made themselves available for free and offered their active contribution to the organization of the competition and who worked hard at the best. success of the event. I want to thank the Lega Piloti, the Clerk of the Course and the Italian Free Flight Federation for the active support they have given and will give with their presence on site. Last but not least I would like to thank the Municipality of San Donato Val di Comino for the patronage and for the availability offered as well as the Province of Frosinone for having ordered the closure of the state road n. 666 Sora-Pescasseroli, in one direction only, for the entire duration of the competition. An event of this caliber is an opportunity for growth not only for our sport but first of all it is an opportunity for the promotion and development of the entire territory, a territory that through its scenic, cultural and architectural beauties and through its culinary delights will be able to welcome the pilots, all the members of the organization and all the participants in various capacities are at their best.

It will be three intense days of racing, so much so that the weather forecasts announce a very nice and sparkling weekend and, therefore, I just have to do all the drivers a big good luck: may the best one win!